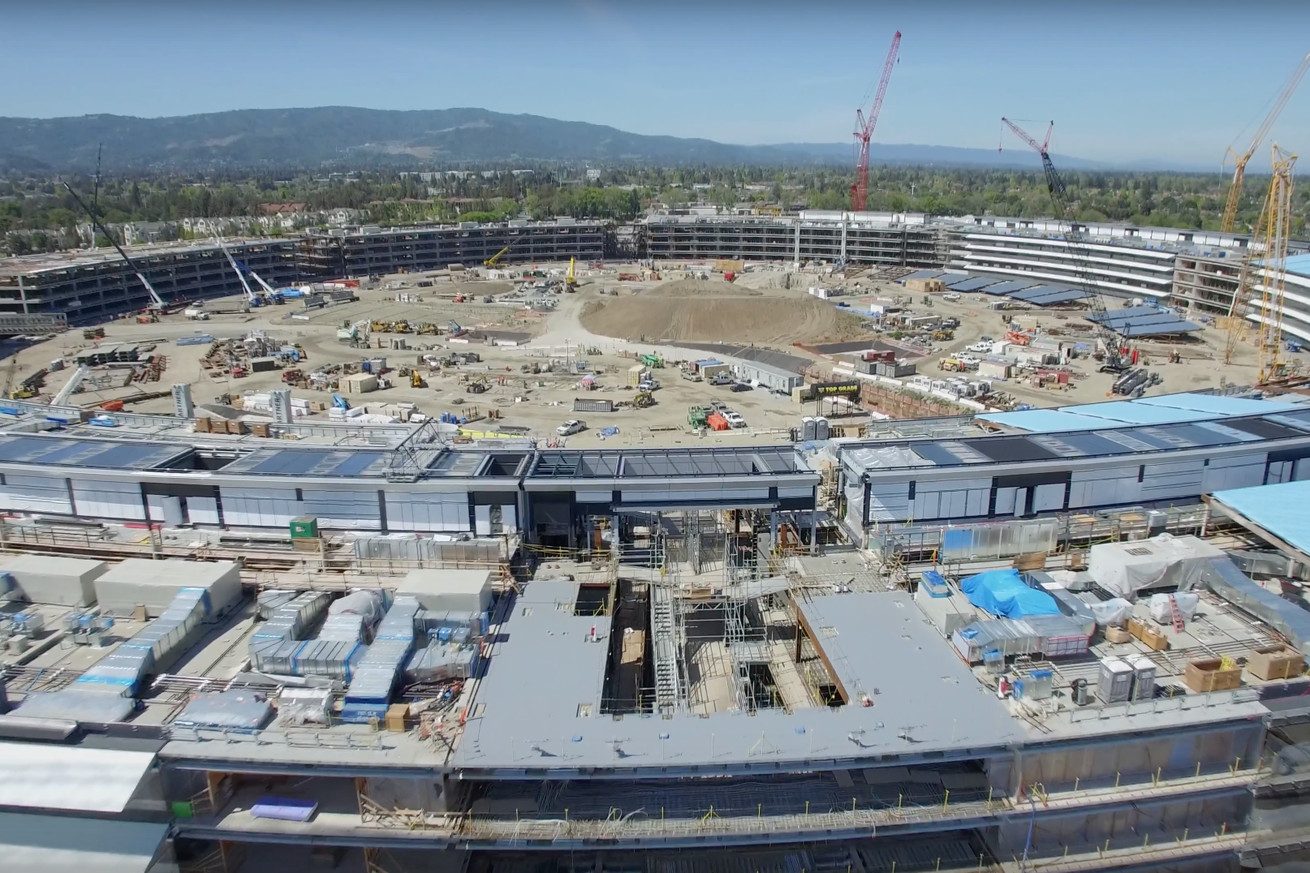 Apple’s new headquarters is no simple office building. Yes, it looks like a UFO. And, yes, it is estimated to cost close to $5 billion dollars. But it is shaping up impressively ahead of its planned late 2016 or early 2017 completion date. Just a few months ago, the buildings appeared to be in little more than their primordial stage. Now, the latest aerial drone video of the Cupertino, CA, campus shows that glass and solar panels are starting to be put in place, and buildings look to be topped off. There’s even a new peek at the auditorium where future Apple events may be held. Say what you will about Apple (and this extravagant office building), but this will truly be something to behold when it’s complete.