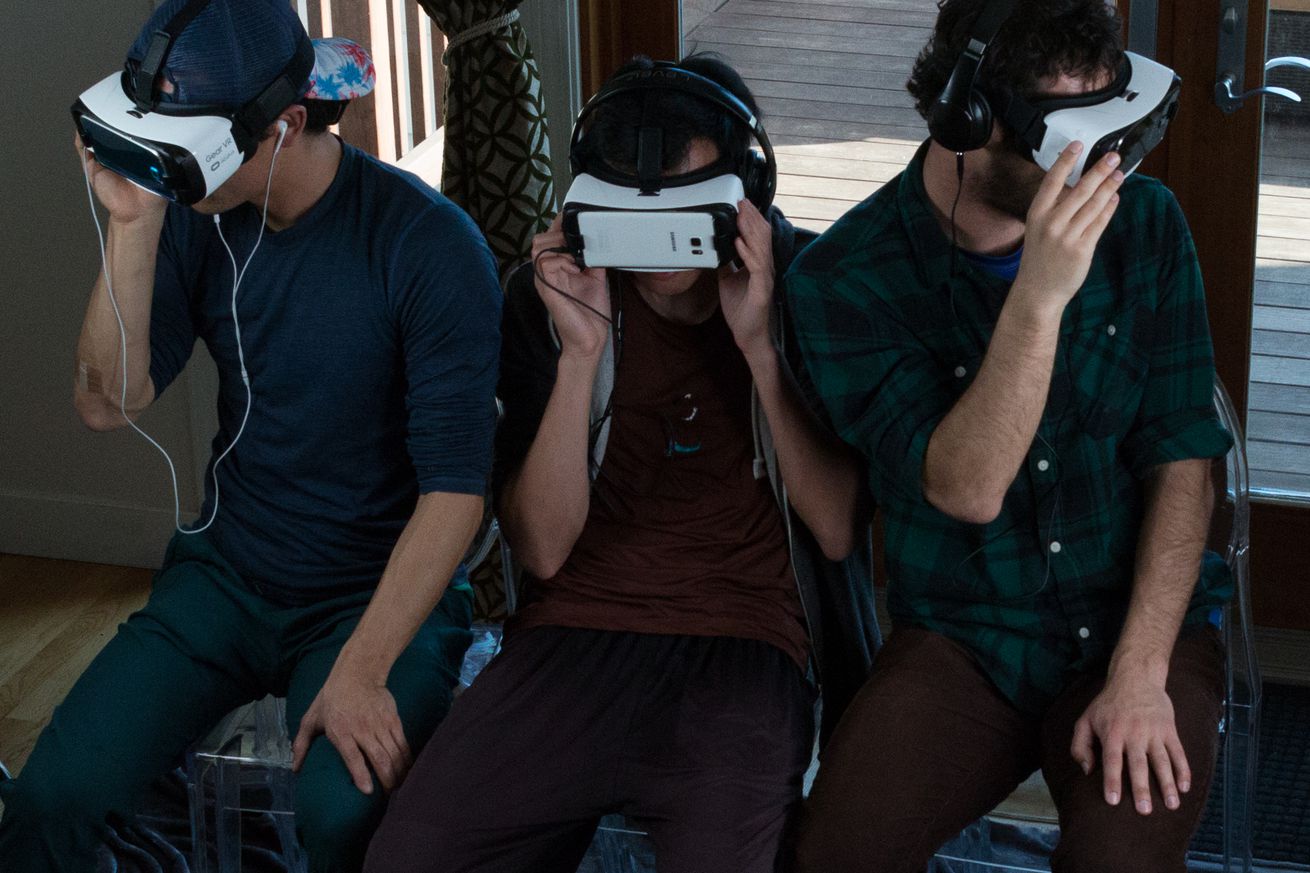 There are plenty of ways to hang out with other people in VR, from competitive games like EVE: Valkyrie to the Gear VR’s group video streaming options. But one of the most fully developed platforms is AltspaceVR, a cross-platform virtual environment based around mirroring real-world social activities. After several months on the mobile Gear VR headset, AltspaceVR launched a few days ago on the consumer version of the Oculus Rift, and it added support for the HTC Vive soon after. Today, it’s also trying to make VR a little easier to fit into the rest of people’s lives, launching an Android app that reminds users of events and lets them invite other people to private VR "calls."

The VR Call app is a simple but handsome-looking companion app for Gear VR-compatible Samsung phones, mostly based around two features. The first is the ability to see what’s going on in the network’s public rooms, and what’s coming up — things like language sessions, standup comedy shows, and tabletop gaming. These are already listed on the company’s website, but being able to get notifications for them and launch straight into the main Gear VR app (without going through Oculus Home) helps remove some of the friction of using AltspaceVR.

What’s perhaps more interesting is the calling feature, where users can invite others into private VR spaces for a chat. AltspaceVR is pitching these a bit like Skype sessions, but they’re more about shared activity than pure conversation. After logging into the app, you can opt to "make a VR call" and select an environment like a game room, maze, or virtual art gallery populated with pictures from a chosen Tumblr feed.

Invite your friends to a Tumblr art gallery

You can send invitations via email, SMS, Slack, or other messaging apps, and participants will get a link to join — though they obviously need an AltspaceVR account to sign in and enter the room. Besides apps for the Gear VR, HTC Vive, and Oculus Rift, AltspaceVR has flatscreen versions for Mac and PC, so people without headsets can join. But a lot of the service’s charm is the way that VR head tracking lets avatars mirror real-world body language, so using it from a computer is closer to just setting up a meeting in Second Life.

Right now, this app launch isn’t going to mean much to anyone who doesn’t have a Gear VR. But along with HTC’s recent Vive companion app, which lets people receive phone notifications through the headset, it’s one of the first major instances of VR becoming part of a larger tech ecosystem instead of a completely separate environment. The next step will be seeing it come to more phones — and seeing more ties between those phones and all virtual reality headsets.

Testing the Gear VR in the real world

Every month, it seems, we get closer to a world full of self-driving cars. Google’s tiny self-driving cars keep popping up in new states and cities; Ford and GM keep making strategic investments; and the all-electric Formula E is helping create Roborace, a fantastic-looking autonomous racing series. So it’s almost not surprising that angel investor and Silicon Valley entrepreneur Josh...

There are a lot of differences between the Ferrari F12 and Lamborghini Aventador. But at the same time, there are a few similarities too. They both have about 700 horsepower, give or take. They both are large touring cars. And they both make everything else on the road look inferior—but that’s beside the point. With that in mind, two drivers took to the track in their respective Italian...