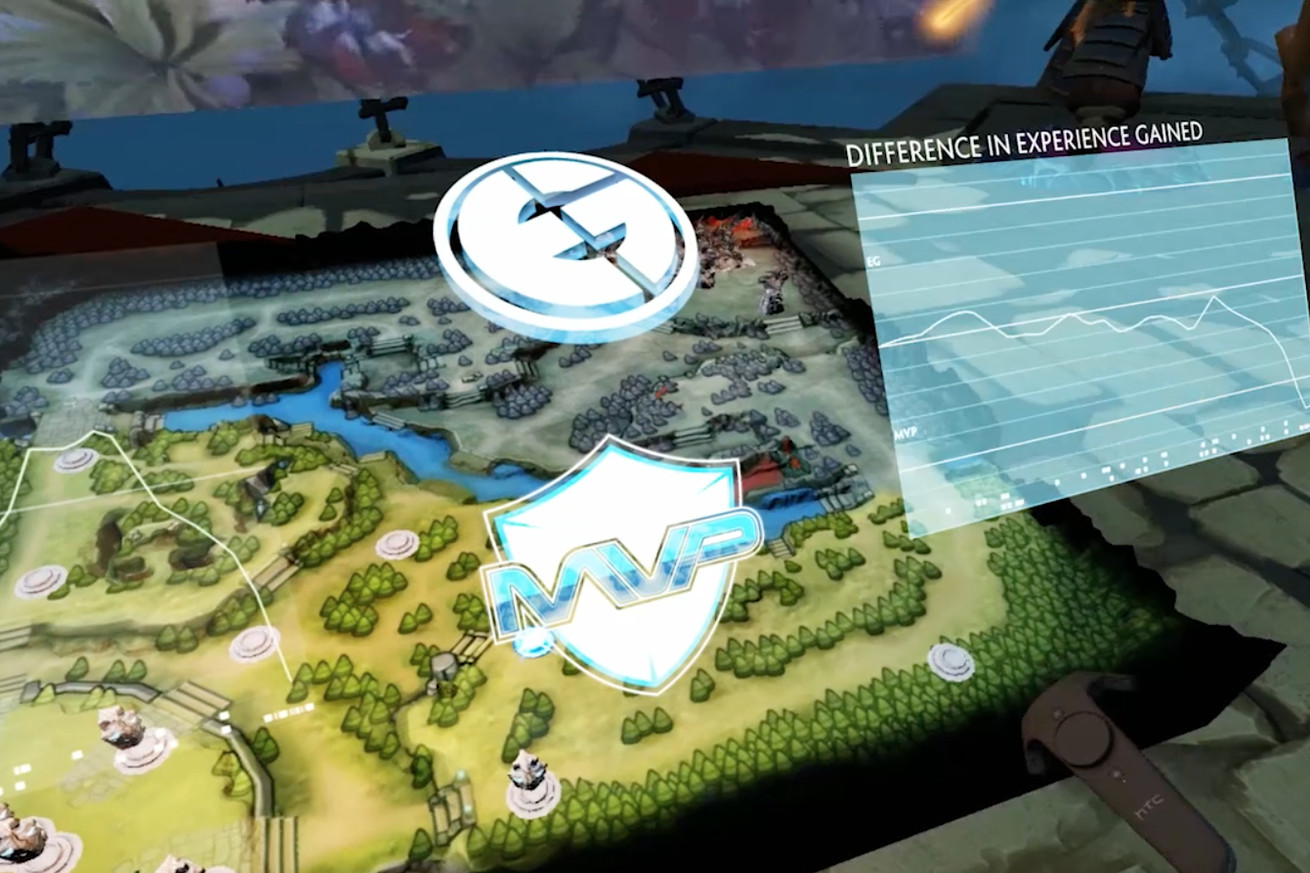 Valve is about to combine two of the hottest buzztrends in gaming into one: spectating and VR. Its own Dota 2 title, rivaled in popularity as a spectator e-sport only by Riot’s League of Legends, will get a VR spectator mode.

The mode is teased briefly in a supercut on Valve’s SteamVR website of upcoming VR features being added to your "favorite games." The video shows a standard e-sports-style stream of a Dota 2 match hanging in space, with a 3D minimap of the game sitting in front, full-sized avatars of the players on the right and left, and holographic infographics available at a viewer’s Vive controller fingertips.

Dota 2 is already best-in-class when it comes to spectating — you can watch pro and amateur games from inside the game client, giving you freedom of camera movement and all sorts of wonky stats without relying on a professional broadcast to provide the information to you through a static video stream. Unfortunately, in the short teaser there doesn’t appear to be a VR view of the actual game — games like Dota 2 and League of Legends are rendered in 3D, but played from a fixed perspective, so a free-floating, head-tracked camera would be amazing but likely take additional technical work to pull off. Still, it’s at least easy to imagine some combo of an e-sport and a Vive, Rift, or even CastAR-style augmented reality experience becoming the definitive way to watch other people play video games.

There’s no mention of when Dota 2‘s spectating mode will launch, and Valve is usually quiet on ship dates for its software.

Every month, it seems, we get closer to a world full of self-driving cars. Google’s tiny self-driving cars keep popping up in new states and cities; Ford and GM keep making strategic investments; and the all-electric Formula E is helping create Roborace, a fantastic-looking autonomous racing series. So it’s almost not surprising that angel investor and Silicon Valley entrepreneur Josh...

There are a lot of differences between the Ferrari F12 and Lamborghini Aventador. But at the same time, there are a few similarities too. They both have about 700 horsepower, give or take. They both are large touring cars. And they both make everything else on the road look inferior—but that’s beside the point. With that in mind, two drivers took to the track in their respective Italian...